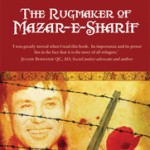 The human face of the “boat people” is seen in an Afghani refugee, Najaf Mazari. The juxtaposition of life in Afghanistan and life in Australia (as an asylum seeker) deepens both our common humanity and the differences between the lives lived in these two contexts.

Affection for family and friends permeates the pages of this absorbing biography:

“An Afghani father has failed in his duty to his sons if he raises dreamers. He will have done his sons no favours… The relationship of father and son in Afghanistan reaches maturity when the son becomes a man and displays to the father’s satisfaction the qualities of fortitude, resourcefulness, loyalty and endurance that were impressed on him as a child. In the West, parents strive to make a paradise for their children to inhabit; to shield them from the reality of life; to shower them with joys and delights. In Afghanistan, the childhood of a boy is a time of testing.”

The book is sprinkled with pearls of wisdom:

“Lies are a form of theft; the liar steals from another person that person’s trust. There are liars all over the world who have grown rich on the trust they have stolen.”

“It’s just human to be anxious when you don’t know what is to become of you.”

“Even though the Talibs would one day take away the music and smash the instruments and beat the musicians, it was not possible for them to kill the love of music in the people.”

“Hope is like a little child who must be cared for and clothed and fed each day, and when hope is destroyed, it is as if the child has died, despite all of the care and love.”

We learn a great deal about the history and culture of Afghanistan through the eyes of Najaf Mazari. For example, we learn of the hundreds of regions of Afghanistan each under the control of a different tribal chieftain and of the conflicts between these tribes and yet the long periods of an absence of conflict when some sort of balance of power has been gained. We learn of the Russian invasion of Afghanistan and of its Mujahedin “freedom fighters” and of the ongoing war with the emergence of the Taliban.

He also relates stories from Afghanistan, such as that of Kandhi Hazara, the most famous dancer in their history. We also learn of love, music, weddings and work.

“In Afghanistan, the two events that can leave you with empty pockets are marriages and burials. Both cost a fortunate, but people dare not hold back when marriages and funerals come around, or else they will be whispered about until the end of their days. People who say, ‘Friend, did you hear of so-and-so? His family buried him like a beggar. A disgrace and an insult to Heaven!’”

Najaf is a Muslim and for him God is integral to his life:

“There is a moment in the life of each person when the eye of God ceases from its restless scanning of the plains and rivers and mountains and cities and rests its gaze just on you. And at such a moment, God says, ‘Ah, that’s Najaf; he has found the path I intended for him. I will watch him working for my own pleasure.’”

Given the current debate in Australia about Asylum Seekers it is interesting to note Najaf’s thinking as he struggles with the decision to flee Afghanistan due to the persecution of his family.

“The family would find the money (for him to flee) by emptying their pockets and retrieving bank notes from hiding places and selling what they could. The money raised used up every tiny piece of cash (my) family and friends could find, and left their houses bare of things to sell. I was the chosen one…I was the family member most in danger; I was also the only one with a few words of English to employ. I was judged the most level headed person in the entire family and finally I was considered lucky. The possibility of me being capture along the way was very high… There is another reason (for him to flee)… if the family tribe cannot survive, then by the mercy of God, let one male member of that tribe find safety in the world and let him rebuild everything from the start… To leave your native land is a terrible thing.”

Najaf also tells of the terrible sea trip to Ashmore Island and his eventfull and eventual acceptance as a refugee. He concludes,

“Not all of us were able to survive the wars of Afghanistan….Impossible things have happened…. Dreams that were dreamt in Afghanistan have put down roots in the soil of another nation, and today I see buds forming on twigs and branches.”

And on belonging and identity,

“Australia can never be my homeland because I started here too late. I had already fallen in love with my part of Afghanistan, and I will be faithful for life. But if Australia is not my homeland, it is certainly my home. This is the land that I have learnt to love in a way that is different than my love for Afghanistan. This is a land I love for its kindness to me, for the chance it gave me to rebuild my dreams. This is the land where the most generous people I will ever know smile at me and said, ‘How can we help you, Najaf?’ Australia is a land that I love in the way that a man loves the friend who saved his life.”